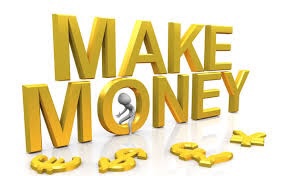 How stealing an idea from another industry made this business millions – and the steps for how you can do the same!

This is the «hidden secret» to business that few people know. Those who do know this have profited immensely!

How you can «steal» from other industries, 100% legally and ethically

Nobody wants to «steal»… But this kind of «stealing» is 100% legal and ethical.

What you are doing is taking an idea from a different industry – and applying it to your own business.

Some of the world’s greatest businesses have been established this way.

Ever heard of McDonald’s?

They got started when the McDonald brothers noticed the assembly line system used for making cars… And decided to apply it to making hamburgers!

That little innovation – «stealing» an idea from a different industry, and applying it to their own industry – made them millionaires.

Ray Kroc – who did a deal with them to take over their innovative business – made even more money by «turbo-charging» the franchising of their «stolen» innovation!

The point is, the McDonald brothers’ innovation – which they took from the car manufacturing industry, and applied to hamburgers – was 100% legal and ethical.

Not many people know of this – but now you’re one of the few who do!

Although great businesses have done this – and sometimes they only need to do it once to become great successes – not many know of this technique. That’s perhaps why you haven’t heard of it.

Nevertheless, there are many examples of businesses which have exploded by using this concept!

Anyone can do it, it’s just a matter of being exposed to the right information