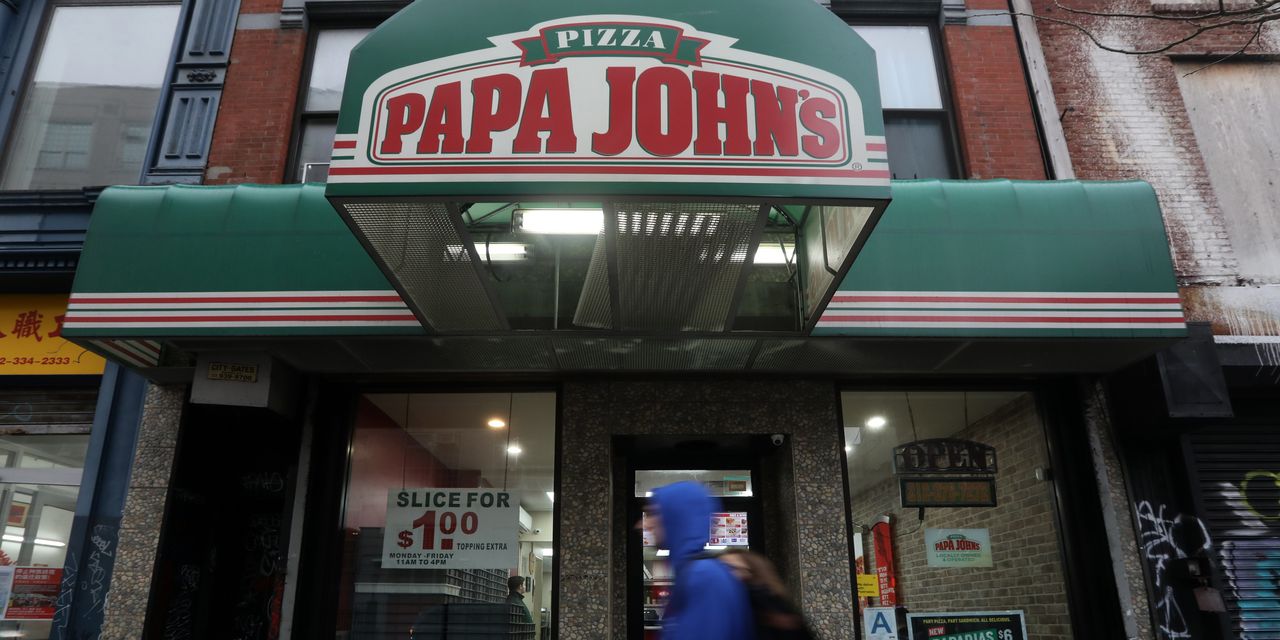 Walmart, Amazon.com and CVS are among about a dozen large companies looking to hire nearly 500,000 Americans in coming weeks, a spree that would mark a major shift of the U.S. workforce from smaller businesses that have cut staff to survive the coronavirus.

The companies are managing a surge in demand for food and other household products that have taxed their stores and warehouses. At the same time, they are seeking to lure hourly workers to front-line or logistics jobs where they face risks of being near co-workers or consumers who could have been exposed to the deadly respiratory virus.

“There are too many customers for our staffing to handle most of the time,” said Cody Clark, who works at Brookshire’s Food & Pharmacy in Tyler, Texas. Ms. Clark, 22 years old, said she has been nervous about going to the store. “Customers come in and get frustrated whenever we don’t have something. They don’t understand we’re putting ourselves out there.”

Many of the big chains have started offering enhanced benefits, such as paid sick time and child-care services, even for temporary or part-time workers. They have also temporarily boosted their hourly wages or promised cash bonuses for the people who run cash registers, unload trucks or work in e-commerce warehouses.

Separately, Instacart Inc., a grocery-delivery company, said Monday it plans to add 300,000 workers over the next three months, more than doubling the size of its current workforce of about 200,000. As part of the effort, the closely held company is looking to bring on 54,000 workers in California and 27,000 in New York. Instacart shoppers, who fill grocery orders for customers, are independent contractors who get paid per delivery.

In recent weeks, Instacart’s number of orders has more than doubled, and the size of its orders from the year prior has increased by 15%. The company also started offering up to 14 days of pay for its shoppers affected by Covid-19 or placed in mandatory quarantine.

The coronavirus has infected more than 32,000 Americans, prompting California, New York, Illinois and other states to order nonessential businesses to close and residents to limit their travel. Unemployment claims have surged in March as many small restaurants and retailers have shut their doors or scaled back.

Thousands of retail stores from Macy’s Inc. to Best Buy Co. have temporarily closed, though they continue to handle online orders and pay workers for two weeks. Marriott International Inc. plans to furlough tens of thousands of workers. But grocers and other essential stores are open and looking to poach those staff and others who have been dislocated.

Big restaurant chains are looking to add to their fleet of delivery drivers as they shut dining rooms and more people order takeout or home delivery. On Monday, Pizza Hut said it was looking to fill 30,000 U.S. jobs and Papa John’s International Inc. said it is looking to add up to 20,000 staff. Domino’s Pizza Inc. said last week it would hire more than 10,000.

Walmart, the biggest U.S. private employer, is trying to make the biggest push. It plans to hire 150,000 additional people and has enhanced its paid sick-time policy for all its store and warehouse workers. It is speeding its hiring process from a typical two-week process to 24 hours.

Walmart, which employs around 1.5 million people in the U.S., also said it would pay special cash bonuses totaling $550 million to its hourly workers and its e-commerce warehouses will receive a $2-an-hour increase through late May.

“It’s not so much about filling a gap, but there is just so much demand,” said Walmart’s executive vice president of public affairs, Dan Bartlett, on a call with reporters last week. Absences are higher than a typical flu season, he said, but not at a level that would cause alarm.

Amazon was the first big employer to move, as online orders surged. Last week, Amazon said it would hire 100,000 workers in the U.S. and raise wages by about $2 an hour for hourly employees in several countries. The company also recently began to offer paid time off to part-time workers in warehouses and its logistics network.Target Corp. also has raised wages for its hourly workers by $2 an hour and added paid leave for up to 30 days for older and pregnant workers.

across the country. Publix Super Markets Inc. said it expects to hire at least 2,000 store and warehouse workers by the end of March.

Some grocers are implementing paid sick leave as the coronavirus spreads and their workers face more risks. Kroger has extended paid time off for workers who are self-isolating or have symptoms, in addition to those diagnosed with Covid-19 and those placed under mandatory quarantine Other big U.S. employers have begun offering paid sick time, though some limit it to those who are diagnosed with Covid-19.

United Parcel Service Inc. agreed last week to provide nearly 300,000 unionized workers up to 10 days of paid leave if they are diagnosed with the virus or are required to be quarantined. The agreement came after more than 15,000 UPS workers signed a petition urging UPS to provide paid sick leave and to more thoroughly sanitize workplaces.

Similarly, FedEx Corp. has enhanced sick pay recently and is offering up to 14 days pay or guaranteed minimum pay for workers who have been diagnosed with the virus or placed under a medically-required quarantine, a spokeswoman said.