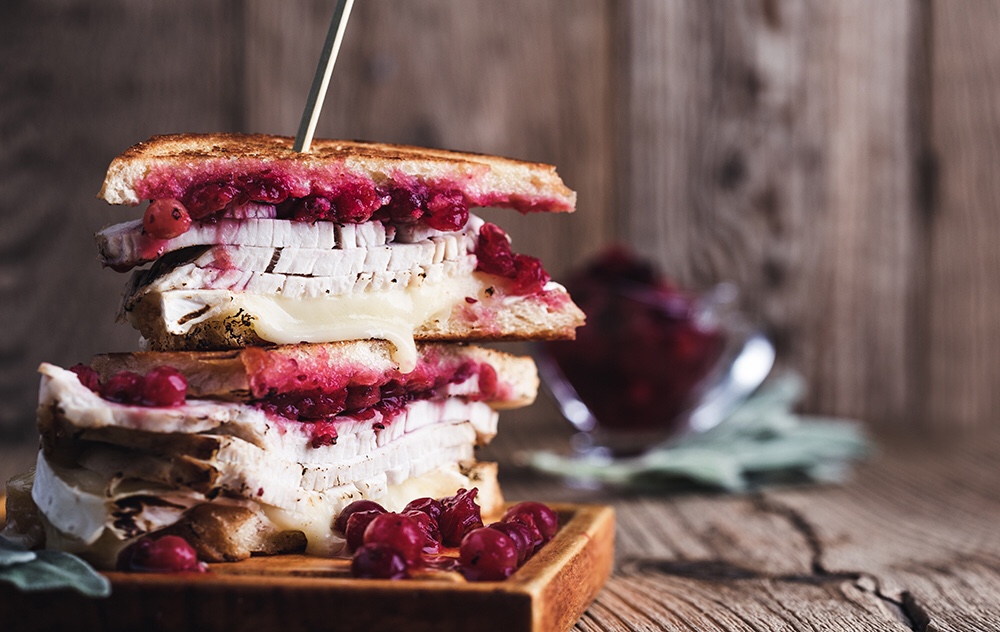 Wondering what to do with all that leftover turkey? These Turkey Brie Cranberry Paninis are a great option! Quick and easy – and one of our favorite ways to incorporate some of those leftovers! Give this a try!

Today I’m going to try to persuade you that 2020 is the greatest year for humanity ever, and that this week of Thanksgiving, we should indeed be giving thanks for all of our blessings.

In the face of a deadly once-in-a-century plague, we haved saved more lives, with less conflict, no famine, and more cooperation among the brotherhood and sisterhood of humankind than at any time before in our history.

Humankind showed our best face ever in this year of adversity.

Plagues come. We’ve had them regularly throughout world history, even here in America. The worst ones wiped out 5-10% of the population of New York City at a crack and have names we haven’t heard in a long time such as cholera or yellow fever.

Without modern medicine or modern communications, we would have seen 100 mm or more fatalities worldwide from this pandemic. Our doctors, our nurses, our medical staff of every level, warned us in advance, saved us (often from ourselves), and prevented a catastrophe of much larger size.

Soon, the pharmaceutical industry will deliver effective preventative medicines against this scourge. Together, they will have saved 100 million or more lives through their care, research, and bravery. It is, by far, the greatest rescue story in the whole of human history.

We should be thankful. Further, plagues like this one commonly end up in war or famine. Bad guys have a saying about never letting a crisis go to waste. With a few exceptions (such as Hong Kong) this time we haven’t seen bad guys try to redraw the map and take advantage of a distracted world.

This November I’ve been haunted by a photo from November 78 years ago, showing young men on their way to begin our fight against the Nazis in North Africa.

Credit: The World Aflame The youth of all of them is heart-breaking.

The fresh-faced corporal in the middle is captivating, heroic, tragic. What horrible world has to send teens to die on beaches to fight evil?

The answer, Readers, is that thanks to these boys, not ours today, and not 2020. We should be thankful. We held an election in the midst of all this, and despite the discomfort (I waited in the rain for an hour early one Friday morning to cast my vote), not only did we participate, but we broke records. As a percentage, more of us showed our faith in the American system than ever before. We proved that a democratic republic, in which both sides get to settle their disputes on the ballots and in the courts, not in the streets, is something we deserve to keep.

We should be thankful. And as for famine, our modern miracle food system means that we’ve all been able to eat as many Pop Tarts, apples, pork chops and Florida orange juice as we’ve cared to.

Perhaps more than we should, in fact, but certainly at least as much as we need.

For consumers, our most critical outages were the limited availability of wet wipes, toilet paper and paper towels for a few months in the middle of this year. Try calling that a hardship to the young corporal on the boat. And as for real shortages of the life and death variety, we responded quickly. PPE and ventilators and even entire field hospitals materialized within months, not by magic, but by management and moxie. For combatting a danger that comes along once in a century, we did surprisingly great. Even the real negative effects on the economy have been greatly reduced by fast action.

The virus threw 20 mm people out of work. Earlier this month, we learned that we’ve already brought back half of those jobs, and our magical, modern world continues to adapt quickly, bringing employment and income back to more of our fellow citizens every week.

We should be thankful. And by being thankful, it does not mean that we should be untroubled.

Over a quarter-million Americans have died from this virus. Those losses are tragic, and we’ll unfortunately see as many again before this passes away.

Additionally, the hardships fellow citizens face from businesses closing, jobs disappearing, and bank accounts evaporating, are real, hurtful, and deplorable, as well. But let’s not let the tragedy we see prevent us from being thankful for the tragedy we’ve averted.

Humankind had its greatest year ever in 2020.

We saved more lives, with more care, more compassion, and more, well…humanity, than we have ever done before in our history as a species. We communicated across global borders, cooperated without self-interest, and covered our basic needs, all in the space of weeks and months.

It is a remarkable achievement in the face of a great catastrophe. It is an outstanding victory for the human spirit, and, in retrospect, will mark the beginning of a new era for humankind, much as 1945 did.

This Thanksgiving week, please, as you sit with your (sadly) much smaller gathering of family or friends, be thankful for the large heaping of blessings we all have.

In the midst of a dire and depressing year, we nonetheless have our lucky stars looking out for us. We should be thankful.

Origen: Humankind had its greatest year ever in 2020

I absolutely love the referral program! I have referred three people and enjoy seeing the daily added bonuses. Earning is always better when we work together and share!

Referring friends is great because I get to share everything that InboxDollars has to offer! My favorite way to refer is to simply text my referral

I have referred friends from all over, mostly using my Facebook profile. I typically will screenshot my wins from the wheel, surveys, and offers and then post that screenshot with a copy of my personal referral link. People will see that I’m earning monthly payouts and sign up with excitement.-

Get 30% of their
Lifetime Earnings

Introduce your friends to the easiest way to earn extra cash and gift cards online. Get paid for helping your friends get paid.

Invite your friends and family now

Invite your friends to InboxDollars.

You’ll earn a $1 cash bonus for each qualified referral.*

Help your friend with the ins and outs.

Earn 30% of Whatever They Earn.

Don’t let your friends miss out!

Everyone could use some extra cash. Share InboxDollars with your friends and family. You all make money.